Cruise Lines International Association (CLIA) is the world's largest cruise association and is dedicated to the promotion and growth of the cruise industry. CLIA is composed of more than 60 of the world's major cruise lines and serves as a non-governmental consultative organisation to the International Maritime Organization (IMO), an agency of the United Nations.

CLIA was originally formed in 1975 in North America and the Australasia chapter evolved in 1996 trading as the International Cruise Council Australasia. The genesis of CLIA was in response to a need for an association to promote the special benefits of cruising and in 2006 merged with the International Council of Cruise Lines (ICCL), a sister entity created in 1990 dedicated to participating in the regulatory and policy development process of the cruise industry.

CLIA's mission is to promote policies and practices that foster a safe, secure and healthy cruise ship environment; educate and train its travel agent members; and promote and explain the value, desirability and affordability of a cruise holiday.

More than 50,000 travel agencies are affiliated with CLIA around the world and display the CLIA seal (which identifies them as authorities on selling cruise holidays).

Annually, the chief executive of every CLIA oceangoing Cruise Line Member specifically verifies his or her line's implementation of every CLIA policy.

CLIA participates in the regulatory and policy development process and promotes initiatives that foster a safe, secure and healthy cruise ship environment. CLIA serves as a non-governmental consultative organization to the International Maritime Organization, an agency of the United Nations.

Under the direction of the chief executives of its member lines, CLIA advocates industry policies and best practices and provides valuable input on current or proposed laws key to domestic and international regulatory organisations, policymakers and other industry partners. CLIA's staff proactively monitors international shipping policy and develops recommendations to its membership on a wide variety of issues. 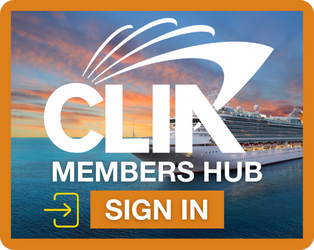